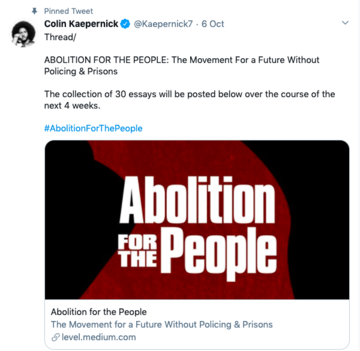 Colin Kaepernick, civil rights activist and quarterback, has published an article which guides readers to examine an item in the Bodleian collections. In ‘The Demand for Abolition,’ (on 6 October 2020) Kaepernick writes,

… South Carolina’s 1701 Act for the Better Ordering of Slaves in 1701 declared that any enslaved African “resisting” a white person could be beaten (like Rodney King in 1991), maimed (like Jacob Blake in 2020), assaulted (like Marlene Pinnock in 2014), or killed if they “resisted” (like Korryn Gaines in 2016) or took flight (like Rayshard Brooks in 2020).

The link provided in Kaepernick’s essay is to an article by L.H. Roper, published in the William and Mary Quarterly in 2007, which notes that although the full text of the legislation had disappeared from the South Carolina statute book by the early nineteenth century, and was in any case overtaken by ‘increasingly harsher steps’ to maintain the hierarchy of whites and blacks in the colony, there was a surviving manuscript copy of the 1701 Act in the Rawlinson collection housed in the Bodleian's Weston Library for Special Collections.

Roper's article provides an image of the first page of the manuscript, found the volume MS. Rawlinson C 155 at folios 273r -277v, and transcribes the full text. This reveals that the 1701 act, itself a revision of earlier acts to 'control' the enslaved population, went further than earlier statutes in demanding vigilance and licensing violence by whites against runaways, and against enslaved people meeting together on Sundays.

The early-eighteenth-century handwritten copy of this South Carolina law is contained in a bound volume of papers labeled on the spine, 'Collections of Rev. J. Lewis' and, lower down, with a form of the library shelfmark 'Rawl. MSS C 155'. 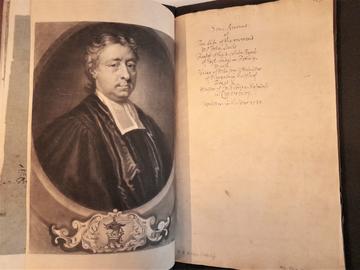 Bristol-born John Lewis (1675–1747) was a clergyman in Kent, England. The Oxford Dictionary of National Biography records that his major occupation was research into the history of the English liturgy, ‘the English church before the Reformation and … the antiquity of the tradition of vernacular worship in England.’ What did this English clergyman want, or need, to know about the discipline and punishment of enslaved people in South Carolina? More research is required to clarify what professional or personal connection led to handwritten copies of this statute and another 'Act for enlisting such trusty slaves as shall be thought serviceable to this Province in times of alarms,' (1708), being included in the bound volume amongst the Rev. Lewis's papers on church history.

A possible connection is that Rev. Lewis was a correspondent and writer for the Society for the Promotion of Christian Knowledge, Rev. Thomas Bray’s organisation to spread Christianity, from which grew the Society for the Propagation of the Gospel, chartered in 1701. Lewis was the author of the phenomenally successful (in the colonies, as well as in Great Britain and Ireland) The Church Catechism Explain'd (1700). As Roper’s article makes clear, there were political dimensions to the spread of Christianity from the centre of empire to North America. The 1701 statute ‘accepted for the first time the possibility of Christianizing slaves’, within the context of attempting to, as Roper puts it, 'fit the square peg of a society based on the ownership of human beings into the round hole of contemporary English celebrations of the rule of law, liberty, and Christian religion.' [p. 404]

Rev. John Lewis was also a correspondent of Richard Rawlinson (1690-1755), who shared his interests in antiquarian research and church history. Rawlinson left his extensive collection of manuscripts to the Bodleian Libraries. He also purchased the papers in this volume after Lewis’s death (see catalogue). A manuscript account of Lewis’s life is also in the Bodleian, MS. Eng. misc. c. 273..

* More research is required to clarify what professional or personal connection led to handwritten copies of this statute and another 'Act for enlisting such trusty slaves as shall be thought serviceable to this Province in times of alarms,' (1708).

Dr Alexandra Franklin is a member of staff in the Department of Special Collections at the Bodleian Libraries. She is Coordinator of the Bodleian Centre for the Study of the Book and manages the Bodleian Visiting Fellows Programme.