Emblem of Gandhi on the Roof of St. Mary's Church, Oxford 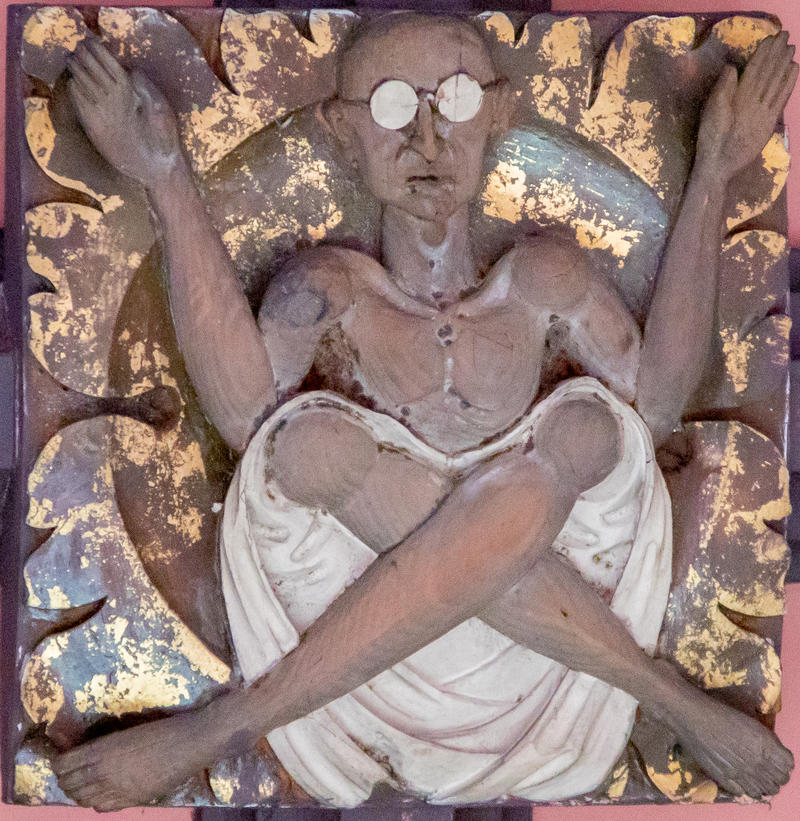 Added to the ceiling of the University Church during renovations shortly after Gandhi's visit to Oxford in 1931, this boss can be seen from the gallery and is surrounded by others depicting mythological animals and heraldic devices. Raising his hands in benediction, the Mahatma was seen by liberal Anglicans as a kind of proto-Christian. Although it is not confirmed, he probably visited St. Mary's Church while he was in Oxford.

Gandhi was in the country to attend one of the Round Table Conferences convened to decide India's constitutional future. None of these conferences were successful, though they collectively resulted in the Government of India Act of 1935 which eventually went on to form the basis of both India's and Pakistan's constitutions.

The boss was very likely mounted on the roof of the church at the suggestion of Gandhi's friend, the Anglican clergyman CF Andrews. Andrews was the moving force behind his trip to Oxford. At that time, Oxford university was incredibly connected to India and had the largest collections of, and expertise on, India.