The University of Oxford Herbaria has its origins in the mid-seventeenth century with the foundation of the Oxford Physic Garden, today known as Oxford Botanic Garden and Arboretum. Herbarium specimens are plants which have been pressed flat and attached to card. Each one meticulously labelled, the cards state when and from where it was collected.  As one of the largest and oldest collections in the UK, the contents of Oxford’s herbaria have enormous research value, for ecology, climate, conservation management, and history: many of these speciments and records were collected through imperial networks.  The Oxford Herbaria comprises approximately one million specimens, of which there are at least 35,000 types; collections include the Daubeny Herbarium - the former herbarium of the University of Oxford's forestry department.  The Oxford Herbaria provides insight into colonial scientific practices as well as the close relationship between scientific disciplines and imperialism.

More details, including links to the collection's database, can be found here: https://herbaria.plants.ox.ac.uk/bol/oxford/Herbaria 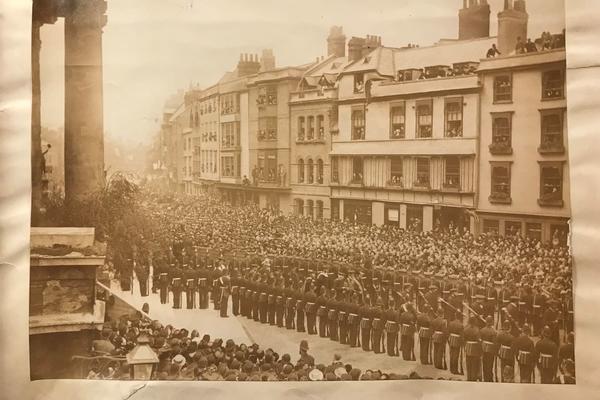