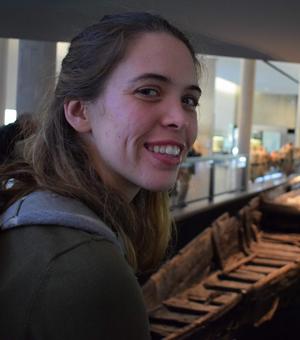 I am a DPhil student in Global and Imperial History at Oriel College. My research is focused on the British imperial experience of littoral spaces (surf zones and beaches) in the eighteenth and nineteenth centuries. I specifically study the Madras (Chennai) surf zone, the reliance on native watercraft design and boatmen for crossing through it, and the impact this reliance had on trade, the perceptions of British visitors, and government attempts at regulation and systemic control. I am particularly interested in the role of overlooked indigenous technologies and the contributions of native knowledge-holders to the day-to-day administration of the British empire.

I graduated from the University of Rhode Island in 2014 with a BA in Anthropology and History, and as a 2015 Marshall Scholar completed Masters degrees in Maritime Archaeology (University of Southampton, 2016) and European History (UCL, 2017). I am the content specialist in History for the Oceangate Titanic Expedition scientific team, a dive team member for the joint URI-IAA Caesarea Harbour Excavation project, and the secretary for the graduate-led Transnational and Global History seminar.