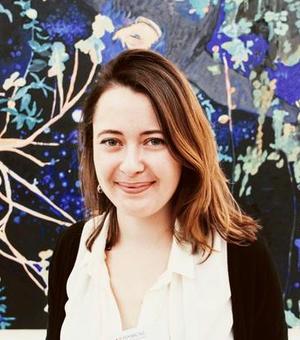 Working thesis title: The stranger within: The role of imagined communities in settler contexts - American New Orleans and Russian Odessa, 1803-1861.

Olivia's research project partakes in the wider history of settler colonialism, imperial competition and emulation across the Northern hemisphere in the long nineteenth century, by setting New Orleans and Odessa in the context of the wider historiography on booming settler cities. The function of these two cities as major ports cannot alone explain their respective explosive demographic growth. In order to understand the early urban development of Odessa and New Orleans, they must be also considered as settler projects, located on new agrarian frontiers. Yet, despite their rapid economic importance and success, they were both enduringly considered as alien, or inauthentically American or Russian. Settlement, therefore, became in some measure a cultural project.

As well as being a Research Assistant for the Oxford and Empire Network, Olivia is also a founding member of  the interdisciplinary TORCH network Colonial Ports and Global History (CPAGH).CPAGH fosters collaborative thinking about colonial ports and global history, creates an exciting and diverse hub of related expertise, and brings together scholars and practitioners across a range of career stages and cultural backgrounds.

Olivia also co-founded Uncomfortable Oxford - a public engagement project that aims at increasing public awareness and prompting conversations about some 'uncomfortable' aspects of Oxford's past. The project runs walking tours, public lectures, and other events that address legacies of imperialism, colonialism, and inequality in the city and the university.